A camp to jump into a kaleidoscope of color, gaming and retro tech.

A camp to jump into a kaleidoscope of bold colors, of pioneering video games and edgy technologies. Along the week, the time train will visit the decades of the 80s and the 90s and discover the creative world that formed the basis of today. From Nintendo handheld consoles or Macintosh computers to films like B"ack to the Future" or songs like "Thriller". It all happened back then...

‍Recall the most famous arcade game of all time?

Super Mario, was the game changer! In this activity, campers design a game using Microsoft's MakeCode Arcade, learning code while designing games. Then, they test their creations using one the best handheld DYI gaming computers , the Adafruit PyGamer. 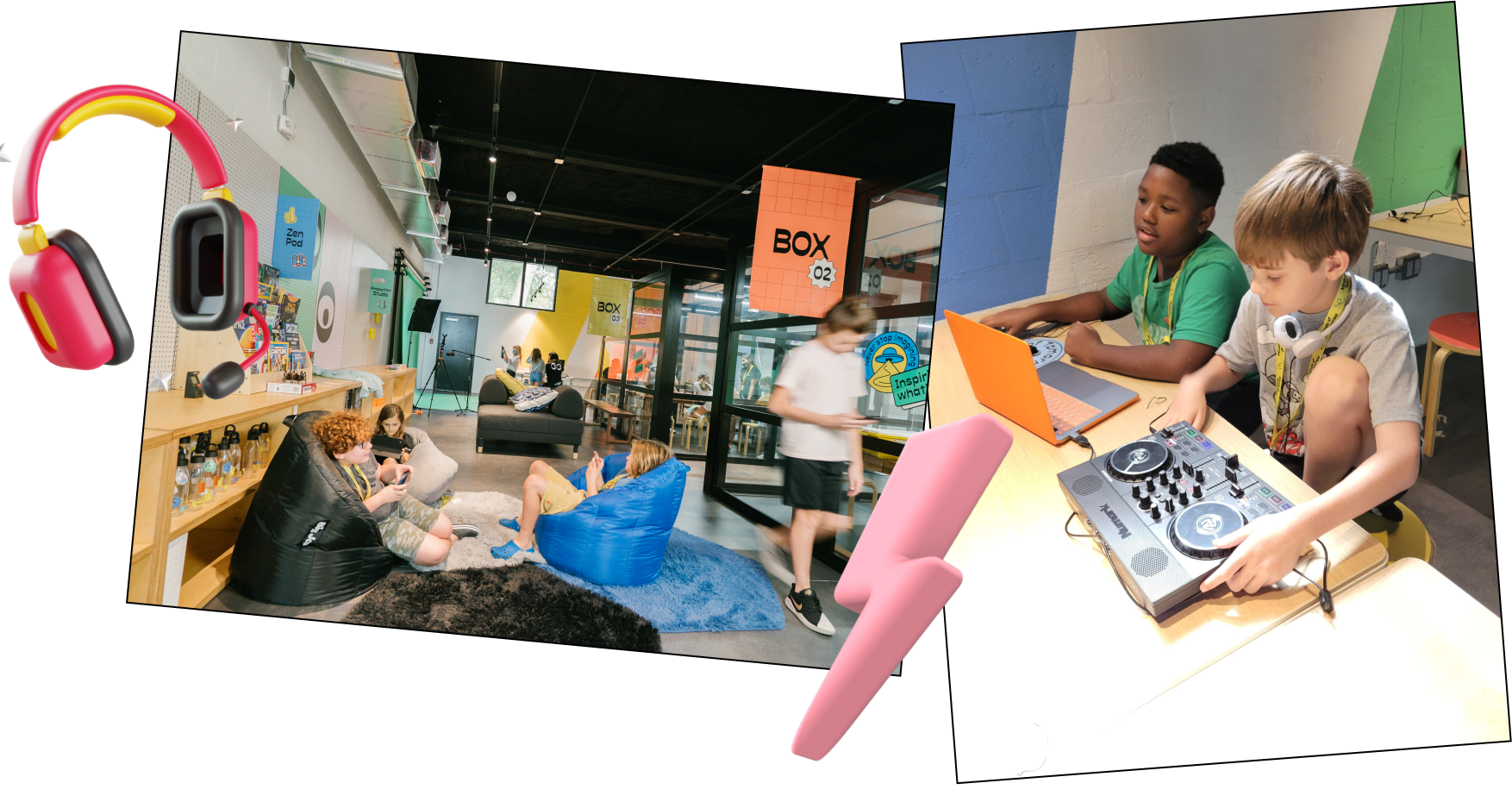 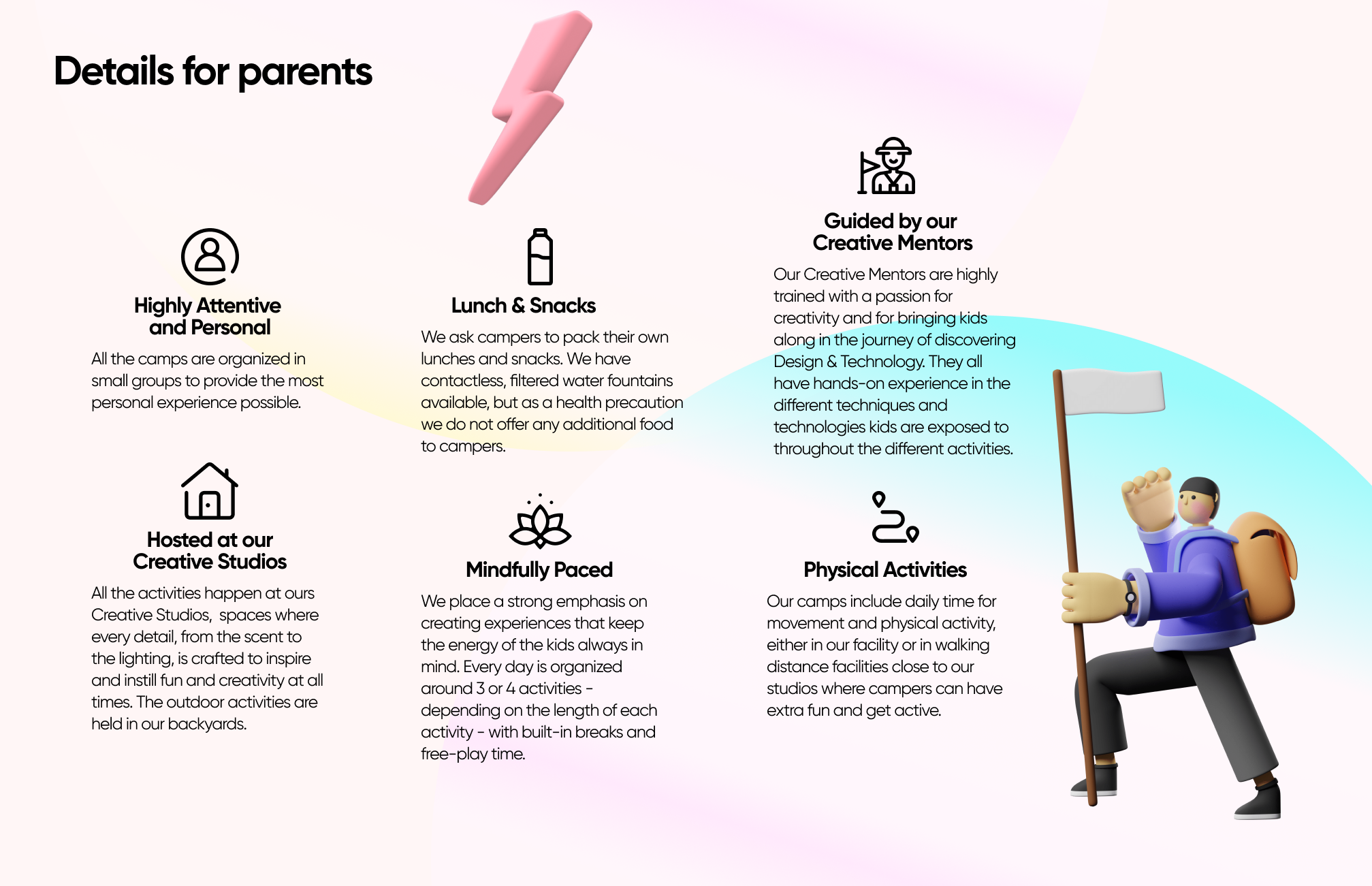 Unique week-long adventures to choose from.
Come for as many weeks as you want!

Book this activityRegister this Camp